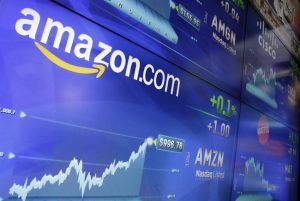 A delegation representing Winnipeg and Manitoba is using one of Amazon’s inventions to lure the e-commerce giant to the city.

In a new video uploaded to YouTube by Economic Development Winnipeg, entrepreneur and former Winnipeg Blue Bomber Obby Khan takes Alexa, Amazon’s smart assistant, on a tour of the city.

Winnipeg is one of several North American cities vying to be the location of Amazon’s second world headquarters, or HQ2, as they’re calling it. The company is looking to invest $5 billion U.S. to develop a new site and employ up to 50,000 workers.

In September, both the city and province jointly announced they would submit a bid to Amazon, making the case that Winnipeg is the best option for the company to house its “full equal” second headquarters.

Dayna Spiring, president and CEO of Economic Development Winnipeg, tweeted on Wednesday that the formal proposal was now on its way to Seattle for Amazon’s consideration.