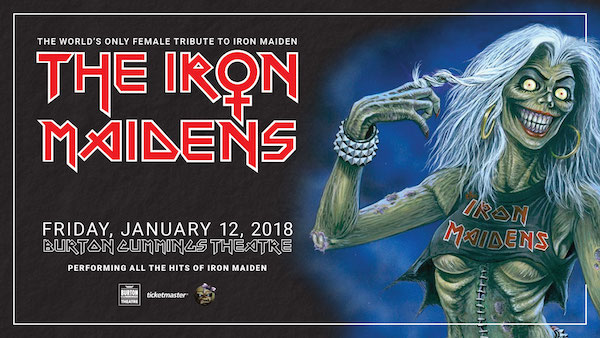 The only female tribute band to Iron Maiden will rock the Burton Cummings Theatre early next year.

Formed in 2001, The Iron Maidens have quickly established themselves as one of southern California’s most popular tribute acts and are rapidly gaining international recognition.