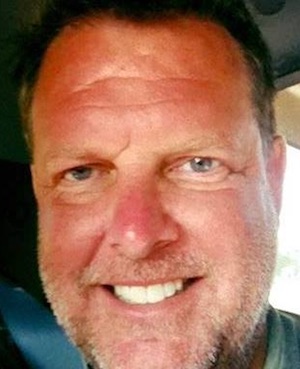 Stephen Vogelsang, 53, has been charged with two counts of robbery stemming from heists in Medicine Hat last week. Investigators said in both instances, the same man entered the bank and demanded money, leaving each scene with an undisclosed amount of cash.

Medicine Hat police say they’ve been in contact with police in Regina, who are investigating similar offences in that city.

Vogelsand made his first appearance in Medicine Hat court Tuesday and has another court date on Thursday.

Vogelsang was a journalism instructor at Red River College in Winnipeg from 2002 until 2011. Before that, he worked as a sports anchor at CKY — now CTV Winnipeg — before becoming news director.

Court documents in Winnipeg show Vogelsang and his then-wife lost $85,000 on the sale of three properties in Vernon, B.C., where they lived between 2011 and 2014. They purchased a $540,000 home when they returned to Winnipeg.

After the couple divorced in December 2016, payments were being missed on the house and they argued over whether to sell it at a loss.

Vogelsang rejected the idea and said he could not afford any more debt.

“I have been staying in my truck regularly,” Vogelsang wrote in a Sept. 17 email to his ex-wife. “I can not afford groceries so whatever food I have left … will have to tide me over until I get to (friends’), then I’ll steal food from them until I get an EI payment on Tuesday.”

The court documents show Vogelsang had struggled to find steady work in recent years. In one email to his ex-wife last year, he talked of being on disability for chronic depression twice in a five-year period.

His ex-wife said in an affidavit that Vogelsang had forged her signature on a mortgage-renewal, and that foreclosure on the Winnipeg home was looming.

Vogelsang also had an ex-girlfriend who was granted a protection order in March. She said Vogelsang had become emotionally and verbally abusive and would not leave her alone after their relationship ended in August 2016.

One time, she said Vogelsang left notes for her in a plastic bag in the parking lot of her apartment building.

“I made it very clear to Steve to stop talking to me, stop communicating and (I) didn’t want a relationship,” said the woman — a former student of Vogelsang’s — in court transcripts of the March hearing.

Vogelsang filed an affidavit after the protection order was issued that said his ex-girlfriend “has repeatedly misled police in an attempt to discredit me.”

Medicine Hat police say they’ve been in contact with police in Regina, who are investigating similar offences in that city.