Home » Columns » Milt Stegall: ‘The Prize is Changing a Life’

Milt Stegall: ‘The Prize is Changing a Life’ 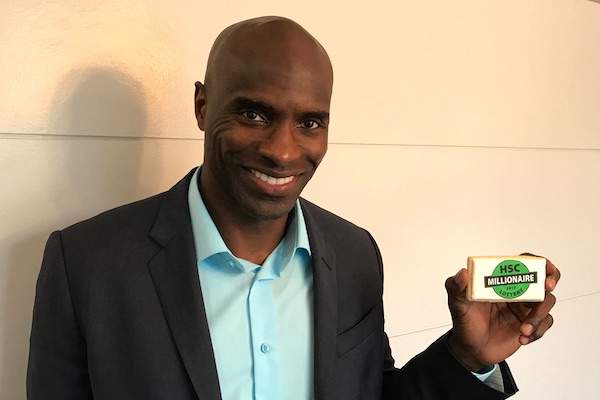 Once again, HSC is making a millionaire.

The hospital foundation’s Millionaire Lottery is up-and-running once again, and this year’s Grand Prize will make one lucky Manitoban a whole lot richer overnight – the largest choice is worth a whopping $1.43 million and features a luxury custom-built home in Winnipeg’s exclusive North River Heights neighbourhood, built by Pioneer Building. Other Grand Prize options include a Maric riverfront home in Headingley (part of a $1.36 million package), an oceanview ‘Ocean Cottage’ at SookePoint on Vancouver Island (part of a $1.36 million package), or $1,100,000 in tax-free cash.

And of course, all funds raised support Health Sciences Centre Foundation, which raises money in order to improve the care and facilities at HSC Winnipeg.

“The prize is changing a life,” says Milt Stegall, the all-time great Winnipeg Blue Bombers wide receiver and spokesperson for the Millionaire Lottery. “Once you buy that ticket, you’re winning the prize because you have the opportunity to save a life – to make somebody’s life better because you allowed HSC, the hospital, to do some research, to buy some life-saving new technology, some new equipment. And that’s a win-win for everyone.”

Stegall helped HSC launched the lottery in 2016. He spent his entire 14-year CFL career in Winnipeg, and is one of the most-loved athletes in the province’s rich sporting history.

“I’ve been fortunate that this community has done so much for me,” he tells fellow spokesperson Chrissy Troy, Winnipeg radio host, in the video above. “This is the least I can do, as far as helping out this organization, helping out the Health Sciences Centre, to raise money so they can continue helping out (Manitobans).”

Every year, HSC’s emergency services sees more than 100,000 visits, and over 22,000 surgeries are performed at the hospital annually.

In 2013, Bryce Summers was one of those many patients needing life-saving surgery. At just age 13, a CT scan revealed Bryce was suffering from a brain tumour. He was rushed Brandon (near his home in Lenore) to HSC in Winnipeg, where he underwent immediate treatment at the then-brand-new Centre for Surgical Innovation – a $25 million facility that has been directly supported by funds raised from the hospital’s lotteries.

“It’s just incredible to see the level of care and treatment they were able to provide at HSC,” said Ryan Summers, Bryce’s dad, at the time of the surgery. “The staff were incredible. They took time to answer all of our questions and made us feel like family. But most importantly, they saved our son’s life.”

“I was amazed at all the stuff they were doing for me, and how hard they were working,” Bryce says. “It means so much to me.”

Bryce was able to return home to Lenore just a week after his surgery, and his life has improved immensely since then. He no longer has headaches and has even started playing hockey again. He now volunteers his time helping to raise money for HSC Foundation, and is considering a career in neurosurgery.

To all supporters of the HSC Foundation, he says, “Thank you for saving my life.”

And that’s not all, because the hospital is served by almost 8,000 staff and volunteers, including more than 6,000 medical staff.

HSC Winnipeg truly is the backbone of the province’s healthcare system. So when you play, you’re playing to win. But you’re also helping to save lives and supporting all Manitobans with your ticket.

“As Manitoba’s flagship hospital, we make a profound impact on the lives of patients across the province,” says Jonathan Lyon, president and CEO of HSC Foundation. “By supporting the lottery, you’re helping us bring more life-saving technology, world-class programs, and services to HSC.

“Thanks to support from Manitobans, HSC is here for you and your loved ones when you need us most.”

You can purchase tickets to the Millionaire Lottery online at HSCMillionaire.com, by calling (204) 253-5688 or 1-855-999-5688, or in-person at HSC Foundation, London Drugs in St. Vital Centre, Red River Co-op stores, and select Shoppers Drugs Mart locations.

This is a sponsored advertorial on behalf of the HSC Millionaire Lottery.