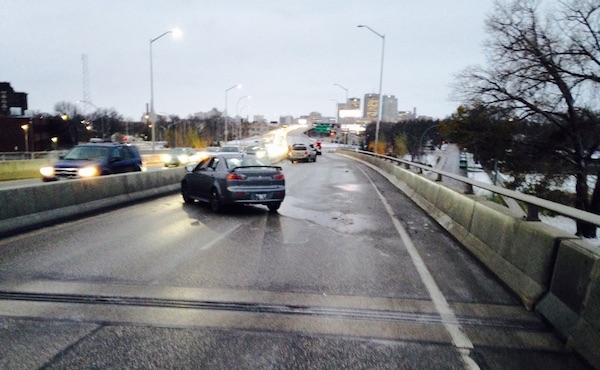 Multiple vehicles were damaged Thursday evening during a crash on the Disraeli Bridge. (SUBMITTED) 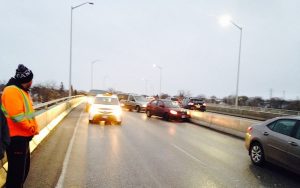 Several vehicles were involved in a crash on the Disraeli Bridge on Thursday. (SUBMITTED)

Winnipeg police were reminding drivers on Thursday evening to stay off of all city bridges due to icy conditions.

Police said sanders were heading out on the roads at 7 p.m., but it would take some time to reach all affected bridges.

A separate crash on the South Perimeter Highway closed the westbound lanes between St. Mary’s Road and Pembina Highway at around 6:45 p.m.