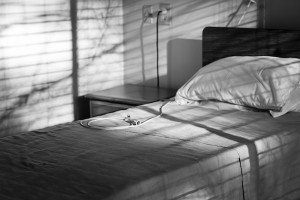 After being overhauled three weeks ago, the Winnipeg Regional Health Authority says changes to the health-care system are going smoothly.

The WRHA implemented the first phase of “Healing our Health System” in early October, a consolidated provincially-backed effort to streamline health services.

“Early indicators show the detailed planning and preparation that has gone into the consolidation of health care services and the efforts of staff across the region are already resulting in some improvements to the quality and timeliness of patient care,” said Kelvin Goertzen, Minister of Health, Seniors and Active Living.

The WRHA and province say wait times have decreased 13 percent over September 2017 and 28 percent over the same time last year.

Length of stay for patients in the emergency department has also decreased from a median time of 14.7 hours in October 2016 to 11.5 hours between October 4 and October 24, 2017.

The number of transfers from the Victoria General Hospital urgent care to emergency departments has decreased from an average of seven per day during the week of October 3 to an average of less than five per day at present, the WRHA added.

The ongoing changes are in an effort to improve patient care and cut costs.