Looking Beyond the Surface: Jackman-Atkinson 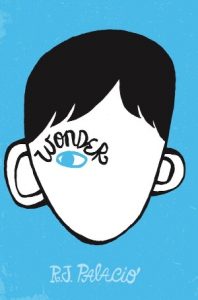 NEEPAWA, Man. — It’s hard to walk in someone else’s shoes, but we would all be better for it every once in a while, putting them on, lacing them up and taking them for a spin. I was reminded of this last week while reading the book Wonder

. Though aimed at children and young adults, the book offers a valuable lesson to people of all ages.

Wonder follows August (Auggie) Pullman, a Grade 5 student who was born with severe facial deformities and who is attending school for the first time. Until the book starts, he was homeschooled because the numerous surgeries aimed at helping to correct his medical conditions meant that he spent too much time in hospitals and at home recuperating to attend school. Despite the surgeries, as he steps into the school hallways for the first time, he still looks very different from the other children.

The book reads like a diary and is told from the perspective of not just Auggie, but also his older sister and other young people as they navigate issues of friendship, prejudice, social status, bullying and acceptance. Auggie shares what it feels like to see revulsion in the face of everyone he meets and what he wishes people would do or say. The other children confide in the reader their reaction to meeting Auggie and why they do or don’t want to be friends with him. For some of them, friendship with Auggie means accepting negative repercussions, such as being ostracized by some of the other students.

It’s been a while, but reading the book took me back to that age. It made me remember how important social status seemed in middle and high school, when students became divided along so many different lines: Were you popular? Were you a jock? Were you a nerd? Where did you fit in? Who did you sit with at lunch? Who were your friends and were they real friends? At that age, social status seemed so relevant to future happiness, but reading Wonder made me look back, think and remember.

I think most adults would agree that these things, which seemed so important back then, become less so as we grow up. The book’s message is a powerful one that’s relevant throughout life: those less concerned about fitting in and more concerned with being friends with people they like and who are kind are more likely to end up with better and stronger friendships. As we become adults, we value our friends more for their support and encouragement and less so for which clique they belong to.

As we reach the end of October and students are settling into their places in the social hierarchy for the year, it seems a good time to remind them of the importance, and rewards, of seeking true friendships. But the message isn’t just relevant to students; as adults, we could all use the reminder.

Some of the students struggle to see past Auggie’s outward appearance, to look at the world from his point of view, but all the children who befriend him talk about how smart, kind and funny he is and how fun he is to be around. He is a good friend. We all sometimes need a reminder to look past our initial reactions and presumptions; there may be something great beyond the surface.