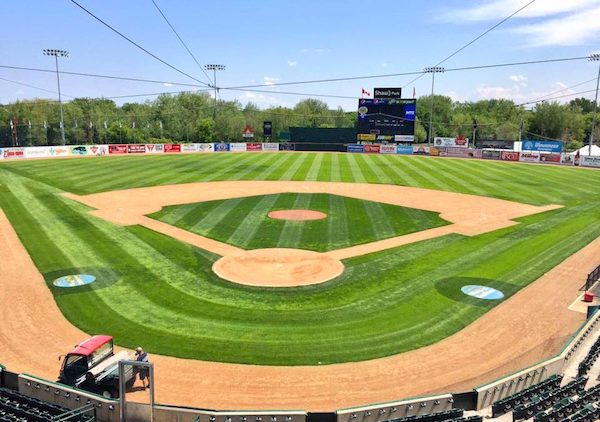 The Winnipeg Goldeyes 2018 open house is Saturday, May 5 at Shaw Park. (GOLDEYES.COM)

The Winnipeg Goldeyes will play six games on the road to open their 2018 season.

The Fish will travel to visit the Cleburne Railroaders May 18-20 before jaunting over to see the Texas AirHogs May 21-23.

Winnipeg returns to the city for their home opener at Shaw Park on May 25 against the visiting Sioux Falls Canaries. From there, fans will be treated to six more home games, including four against the Lincoln Saltdogs May 28-31.

Each of the Goldeyes’ 11 opponents travel to Shaw Park at least once, including the first-ever visits by Chicago and Cleburne. The Goldeyes will also play at least one road series in every opposing ballpark.

The Goldeyes’ annual open house is Saturday, May 5.