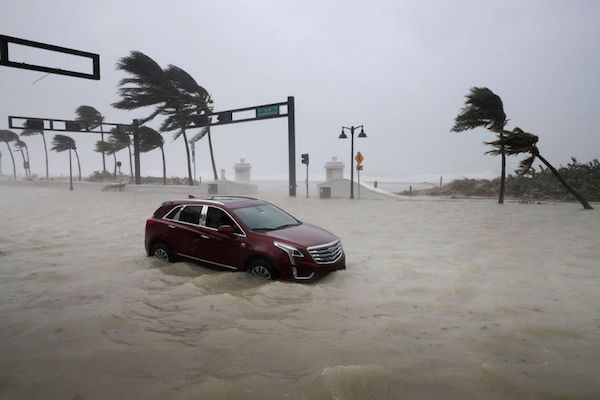 WINNIPEG — You won’t be seeing flood-damaged cars from the U.S. driving on Manitoba roads if MPI has anything to do with it.

Recent hurricanes in Florida and Texas have prompted Manitoba Public Insurance to take a stance on not allowing such vehicles to be insured in the province.

“In light of vehicle branding rules in the U.S. and inspections conducted by the Registrar of Imported Vehicles upon entry to Canada, flood-damaged vehicles may not be allowed to be registered in Manitoba,” said Ward Keith with MPI.

Keith says it’s important for consumers to do their homework prior to purchasing a used vehicle, particularly one that may have been caught up in a southern flood zone.

“It’s estimated that more than one million vehicles were flooded or heavily damaged due to hurricanes Harvey and Irma.”

Vehicles suffering water damage may have moisture that entered electronic components, causing corrosion and malfunctioning of important safety features such as airbags. Potential buyers should also be alert for damp or musty odours, any signs of rust or mud in the trunk, glove box and beneath the seats, and should check under the hood for a water line marked by mud or silt.

A vehicle’s history can be checked online at CarProof.com or Carfax.com. Aside from a VIN check, customers should also visually inspect a vehicle for any warning signs.