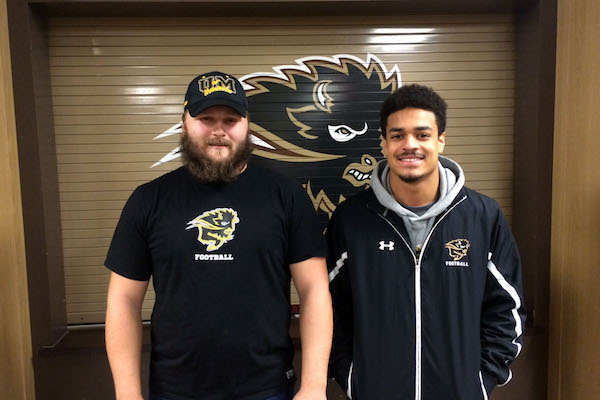 U of M Bisons’ football players Brad Mikoluff and Jayden McKoy have been named to the 2017 Canada West Football All-Star Team. Jamel Lyles (not pictured) was also selected. (GOBISONS.CA)

WINNIPEG — Three players on the University of Manitoba Bisons football team have been selected to the 2017 Canada West Football All-Star Team.

Lyles earns his second conference selection in his second season at Manitoba, while McKoy and Mikoluff were both selected as conference all-star for the first time.

“I’d like to congratulate the three student-athletes who have been deservingly recognized as Canada West all-stars,” said head coach Brian Dobie.

“All three represent our entire group’s hard work, dedication and perseverance throughout 2017.”

The Bisons ended their 2017 season in a tie for fifth place with a 2-6 conference regular season record and out of the playoffs for the second consecutive year, yet earned several conference selections for their effort in this year’s season.