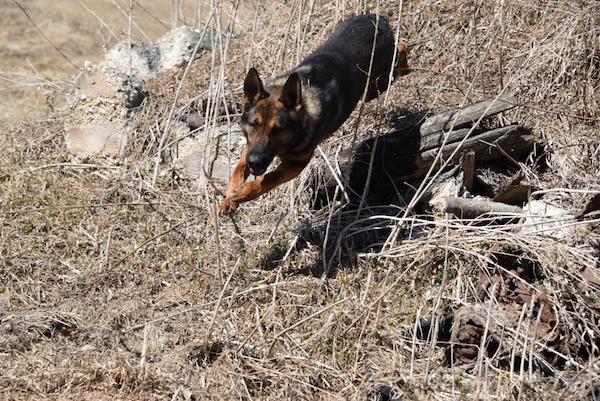 Two people were arrested early Friday in Selkirk after evading police through a field in a stolen SUV.

Officers tried to pull over the vehicle at around 3:15 a.m. on Main Street, but it wouldn’t stop. The driver entered East Selkirk at a slow speed and eventually became hung up trying to drive through a farmyard.

Police say the two people inside the SUV fled on foot.

A police dog, Eddie, was dispatched to the scene with his handler. The canine located a woman in the farmyard and the male driver inside of a cargo trailer in a garage.

A 32-year-old man and 25-year-old woman — both from Winnipeg — face several charges. The woman was also charged with possession of methamphetamine.