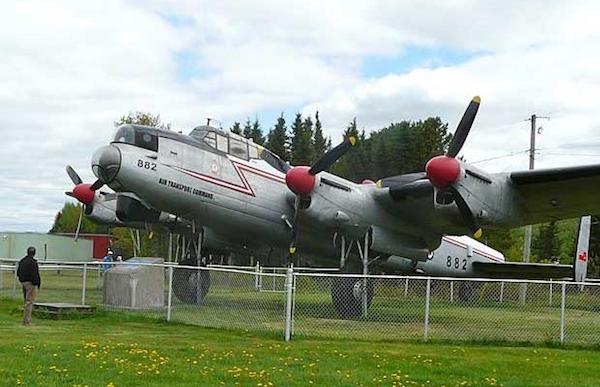 NEEPAWA, Man. — The airplane is an iconic image of World War II. While planes were used in WWI, their transformation from a mostly reconnaissance tool to a full-fledged weapon was a defining characteristic of the Second World War. From dogfights over Europe to bombers over Japan, the airplane played a crucial role in bringing the battlefield to the skies.

What many people don’t know, however, is the important role Canada played in preparing aircrews, including pilots, air observers, navigators, wireless operators, air gunners and flight engineers for the front lines.

The outbreak of war in September of 1939 presented a major challenge to the United Kingdom and its allies. At that time, the German air force, the Luftwaffe, was more technologically advanced and had more battle experience, meaning the Allies were at a significant disadvantage with respect to this new and important technology. The British faced another challenge, with a small land base located close to the enemy, they lacked the space to operate both training and operational air bases, and all of their airfields were vulnerable to German attack.

But Britain had the Commonwealth countries and began looking beyond its borders for a location to establish a series of training schools. Ultimately, the decision was made to locate the British Commonwealth Air Training Plan (BCATP) in Canada and an agreement was drawn up between Canada, the United Kingdom, Australia and New Zealand to establish 151 schools across the country to train those countries’ aircrews.

In the just over five years they were in operation, 131,553 airmen, about half of the British and Commonwealth air force, were trained in Canada. To this day, “The Plan” remains one of the single largest aviation training programs in history.

Everything about the plan was ambitious. Not only the number of crew to be trained, but also the sheer work involved in establishing so many schools in such a short time frame. Schools had to be established for all training needs; initial training schools, elementary flying training schools, service flying training schools, air observer schools, bombing and gunnery schools, air navigation schools and wireless schools, as well as the supply depots and logistics, to support them. Locations had to be scouted and in most cases, facilities built essentially from the group up. Documentation points to the infrastructure that was built to support the program, including the construction buildings, fuel storage, water and sewer lines, sewage treatment and disposal plants and water pumping stations. At Neepawa, where Elementary Flight Training School #35 was located, old timers talk about the challenges they faced pouring the cement for the runway in the area’s swampy soil. No one really knows how much cement is out there, contractors were told to keep pouring it until it stopped sinking.

The agreement for the plan was first proposed in September 1939 and the official agreement was signed on December 17. The first training class officially began on April 29, 1940. This was an incredibly fast timeline. For comparison’s sake, the new 38,000 sq. ft. middle school addition announced for Neepawa this August is on a short timeline. It’s expected to be open for the 2018-2019 school year and cost between $10 million and $14 million, depending on the final design.

The BCATP cost the Canadian government about $1.6 billion, just over half the project’s entire cost of about $2.2 billion, but it was well supported.

While the BCATP began winding down in 1944, its memory lives on in the many facilities which continue to be a part of our communities. After the war, they were turned into municipal airports, RCAF bases or industrial operations. In this region, the former schools in Carberry, Neepawa and Rivers continue to remind us of our community’s role in helping to win the war in the skies.