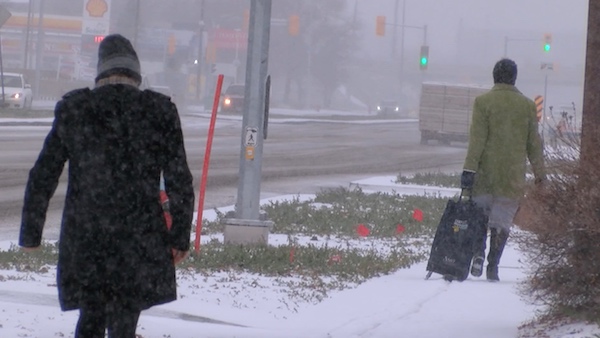 The city received about 8 cm of snow on Saturday as part of a weather system that moved in from the west.

Priority one and two streets will be plowed tonight, while sidewalks and active transportation pathways on major streets and collector/bus routes will be plowed beginning Sunday at 7 a.m.

The city says anti-icing crews began work on bridges and underpasses Friday night. Salting trucks have been out on major and collector routes throughout the day to improve traction.

There are no winter parking bans currently in effect.