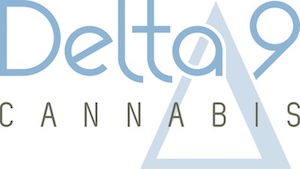 “Closing of the transaction represents a significant milestone for Delta 9 as we look to aggressively expand our domestic production facilities and international opportunities,” said Delta 9 CEO John Arbuthnot.

“Ultimately our goal is to raise between 25 and 30 million dollars in additional capital, through a mix of debt and equity, over the next number of months in order to meet the rising demand for our products.”

Delta 9’s listing comes in advance of the upcoming legalization of marijuana on July 1, 2018.

The company was the fourth company in Canada licensed to legally grow and sell cannabis under the original Marijuana for Medical Purposes Regulations.

Delta 9 has constructed 28 of its self-designed ‘grow pods’ this year, each of which produces an average of 31,500 grams of high-quality cannabis annually. The current construction project is intended to build out 600 grow pods in its current 80,000 square foot building in Winnipeg.

Production capacity is expected to increase from the current 1,000 kilograms per year, to 17,000 kilograms of high grade cannabis by 2020.