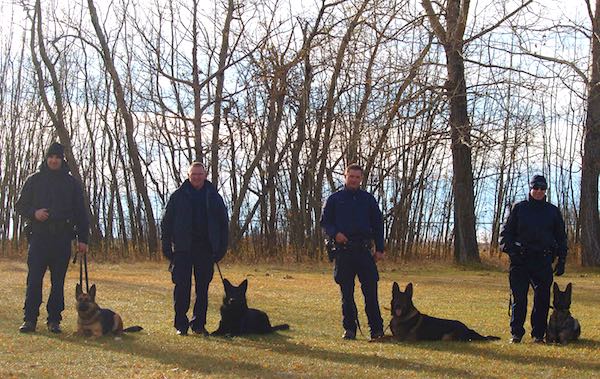 RCMP canines from Manitoba are part of a group training with others in central Alberta to sniff out human remains.

Four provincial police agencies are taking part this week, including officers from the Brandon detachment.

The Mounties say dogs are usually trained using animal remains or medical waste, but real human remains donated by the Nova Scotia Medical Examiner Service are being used this time.

They are the only Canadian police agency to use real human remains in their dog training.

“Using real human remains enables us to teach the dogs the exact odour they will be looking for. This way, they can rapidly differentiate between animal and human remains and locate human remains more effectively,” dog team trainer Sgt. Robert Heppell said in a release on Monday.

The three other dog teams participating alongside Manitoba are from British Columbia, Alberta, and Nova Scotia.

The initial round of training in Innisfail — located between Calgary and Edmonton — will be followed up with additional sessions according to the needs of RCMP divisions.

There are 166 RCMP dog teams across Canada.