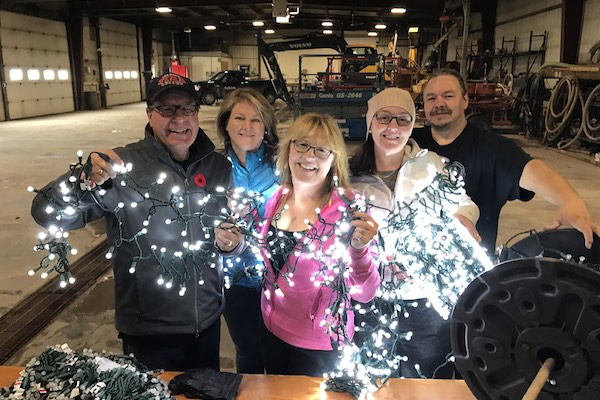 The city began the task of lighting up an entire city block on Monday night to brighten the traditionally dreary and dark winter evenings.

“The uber lighting project is a volunteer effort to adopt, love and rejuvenate the old downtown of Selkirk. It is one last Canada 150 celebration, to create a legacy of lights for the old downtown for years to come,” the city said in a release.

The lights will remain on for 60 nights from December 1, 2017 to January 31, 2018. They will officially be switched on during Selkirk’s winter festival, Holiday Alley.