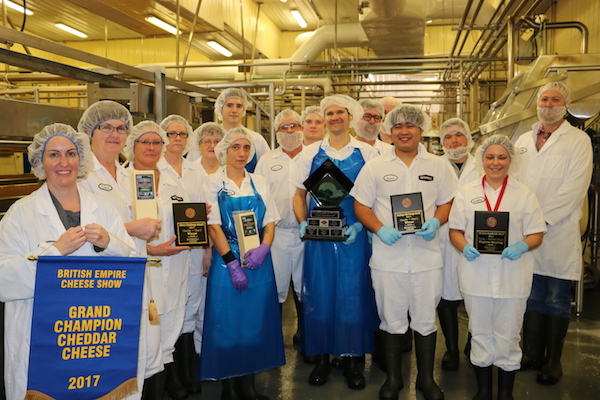 “To compete with the best cheese producers in Canada and be recognized is a testament to our team’s dedication to quality and something as a family we can all be proud of,” said Kevin Thomson, president of Bothwell Cheese.

The company will launch its award-winning non-GMO project verified white cheddar to market in December. It was produced from milk from dairy cows that are fed non-GMO crops.