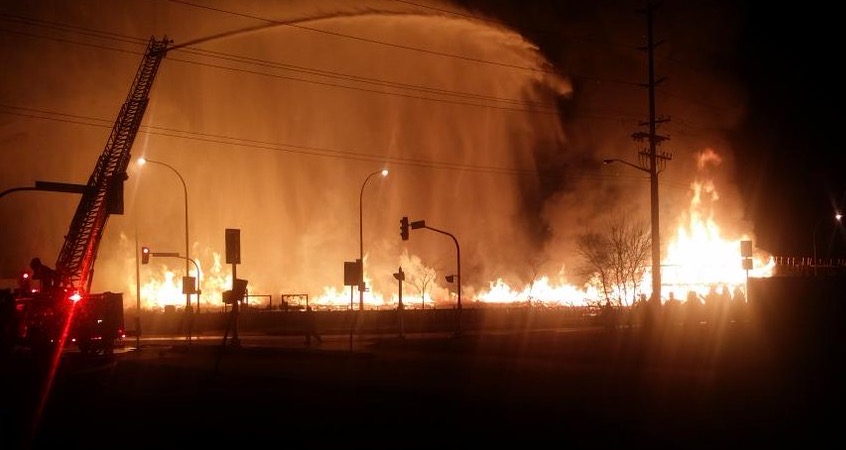 A massive fire to an apartment complex under construction on Waverley Street in October 2015 caused $5 million in damage. (DARIUS MAHARAJ HUNTER / TWITTER)

WINNIPEG — A fire to an apartment complex under construction in south Winnipeg has landed three men in police custody more than two years after it happened.

South Pointe Terrace in the 2400 block of Waverley Street erupted in flames in October 2015, causing $5 million in damage. Police had originally pegged damage at $3.5 million, but later increased that figure as the investigation progressed.

Police say they used DNA evidence and forensic identification to link three suspects to the fire. The same individuals are also believed to be responsible for a fire at a construction site at 100 Southview Crescent during the same time frame as the Waverley Street fire.

Jordan Charles Dooley, 24, of Amaranth, Jesse James McLeod, 23, of Morris, and Nolan Scott Wozny, 22, of Winnipeg, were arrested on Wednesday.

They each face arson, and break & enter charges, as well as possession of incendiary material.

All three remain in custody.