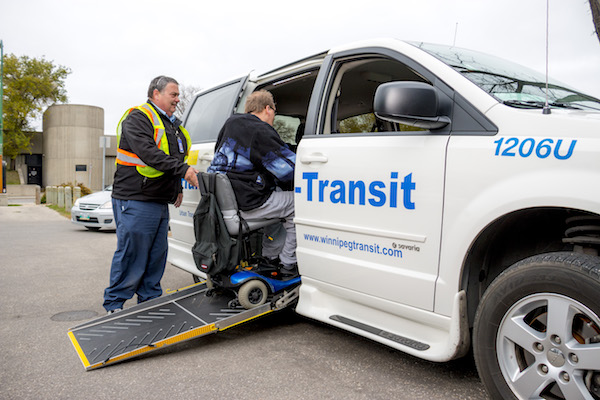 Winnipeg’s Handi-Transit is undergoing a rebranding and the public has been tasked with choosing a new name. (CITY OF WINNIPEG)

The City of Winnipeg is rebranding its Handi-Transit service with a new name to make it sound more inclusive.

A list of three names were chosen as the finalists after Handi-Transit asked its stakeholders for suggestions.

The following three options are being placed to a public vote:

“Since the current name and logo for Handi-Transit was adopted in 1977, there have been many changes in our understanding of disability issues and the language used to describe persons with disabilities,” the city said in a release.