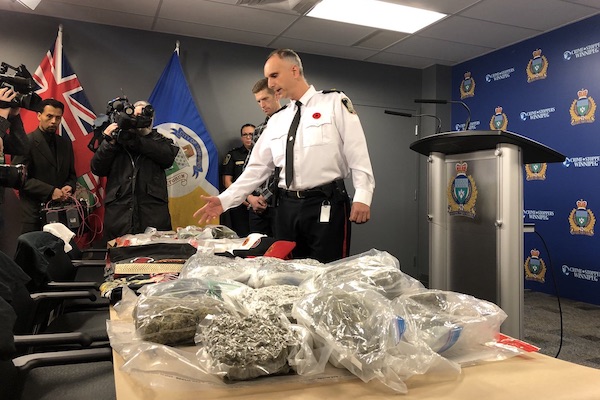 A two-month long investigation by Winnipeg police into organized crime has netted a significant drug and weapons seizure.

Officers executed a search warrant November 3 at a home in the first 100 block of Roslyn Road.

Joel Richard Bruneau, 28, of Winnipeg has been arrested and charged. Police have also charged a 21-year-old Winnipeg woman.

Officers later raided a home in the 300 block of Gertrude Avenue and seized 2.5 kilograms of cocaine, 502.3 grams of MDMA, 75 kilograms of Benzocaine and other drug-related paraphernalia.

Police also arrested Jordan Houston, 26, of Winnipeg on November 8 and charged him with two counts of drug trafficking and producing a scheduled substance.