Home » Columns » Change is Coming, Whether You Want a Carbon Tax or Not: Jackman-Atkinson

Change is Coming, Whether You Want a Carbon Tax or Not: Jackman-Atkinson 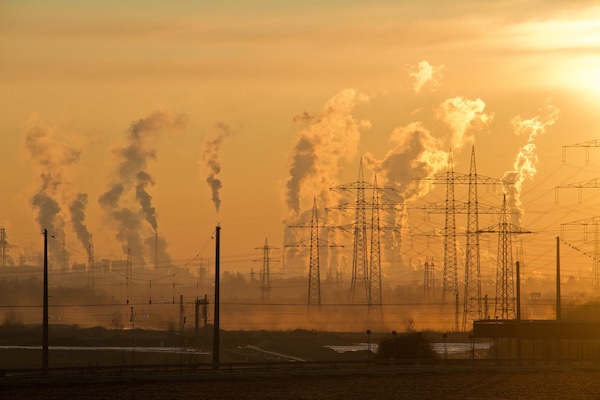 NEEPAWA, Man. — We can’t deny it any longer, a carbon tax is coming. We knew it was inevitable; after all, about 85 percent of Canadians already pay a carbon tax of some kind.

At the end of last month, the Manitoba government announced a new climate and green plan, which includes a carbon tax, as mandated by the federal government. While Manitoba had held out signing the federal agreement, an independent legal opinion sought last summer concluded that in the absence of a provincial plan, the feds could impose their plan on the province.

The federal plan starts with a $10 per tonne levy, which would rise by $10 a tonne each year for five years. Manitoba’s plan will see a $25 a tonne carbon levy in place from the start and it would remain at that level for five years. Premier Brian Pallister said that the rate is high enough to influence consumption behaviours, but offers stability to residents and businesses. The province’s plan cuts a bit of a break to the agricultural sector; the carbon levy won’t be applied to marked fuels and there won’t be any sector specific targets. However, certain aspects of the plan, including a no net loss approach to drainage, will have an impact on agricultural operations.

The 64-page document includes more than just a carbon pricing plan and is based on four pillars: climate, jobs, water and nature. Each pillar has four keystones. Within each of the keystones, there are more specific measures, such as strategies to increase building efficiency and the management of water quantity and quality. In addition to the carbon levy, there will be programs targeting sector-specific reductions in emissions. For the most part, the plan has been met with approval that runs from lukewarm to strong.

The biggest question that remains is how the levy money, close to $260 million annually, will be spent. The government has committed to transparent accounting of these dollars, but is looking for input from Manitobans as to what they think priorities should be.

A carbon levy is just a consumption tax, designed to make us use less of something. Governments use these all the time to influence our behaviours away from things that are undesirable and towards things that are. We pay high taxes on alcohol and tobacco and lower taxes on bakery products. While about 99 percent of our electricity comes from clean, renewable hydroelectric, heating of buildings and water accounts for about one third of Manitoban’s energy use and in many cases, this is done with non-renewable fuels, such as natural gas or heating oil.

There is no denying that we are seeing more extreme weather — frequent flooding, droughts and forest fires — close to home. We are seeing the impact of increased drainage across the prairies as spring run off and summer storms pass quickly and destructively across the land-scape, with fewer trees, sloughs and riparian areas to hold it back. While we may not face the threats of hurricanes or rising sea levels, the financial and human impact of a changing climate is, and will continue to be, felt in Manitoba. The days of relying on insurance and government compensation programs will inevitably come to an end and we need to prepare. The money from a carbon levy can help fund these changes, already there are technologies out there, but there has been little incentive or need for us to move from the status quo. We are far behind Europe in our adoption of efficient construction, green heat and even efficient vehicles.

No one likes paying more taxes, but I suspect that in 20 years, we will look back at this much the way we now view smoking. It’s something a lot of people used to do, before we fully understood the implications.