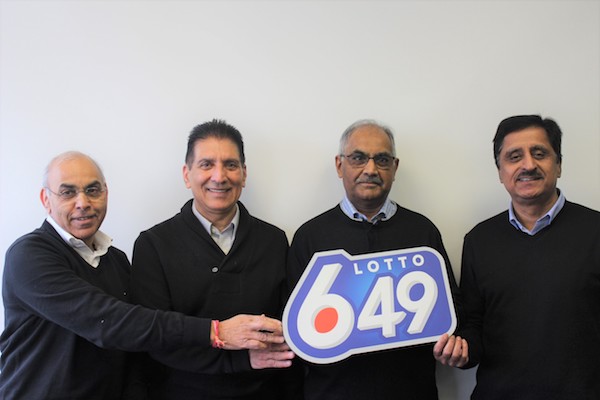 A group of four Winnipeg friends are sharing a $3.5 million lottery jackpot.

Prashar found out he had won upon returning a voicemail message from the Western Canada Lottery Corporation.

“I told them I wanted to meet them all together,” Prashar said of his group. “I didn’t want to have to tell them separately.”

The group plays the weekly lottery through a Lotto 6/49 subscription.

“I thought he was going to ask us for money to renew the subscription,” Chhibba laughed.

The long-time friends haven’t had much time to consider how they’ll spend their windfall, but an Alaskan cruise with their four wives has already been planned.

“We’ll have lots of time to talk about it then,” Parbhakar said.