Winnipeg Woman Dies in Cambodia While on Backpacking Trek Through Asia 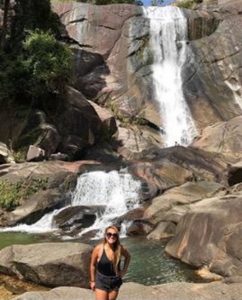 Abbey Amisola is shown in the undated photograph provided by a family friend. The Winnipeg woman died while vacationing in Cambodia. (THE CANADIAN PRESS/HO)

WINNIPEG – A Winnipeg woman who loved to travel and was just beginning a teaching career fell sick and died this week while on a year-long backpacking trek through Asia, a long-time friend said Wednesday.

Samantha Gilkes says her 27-year-old friend, Abbey Gail Amisola, died in a hostel in Cambodia after getting medicine.

“We haven’t heard much about what has happened, just that her and her friend were ill, they went to the pharmacist to get some medication,” Gilkes said.

The federal government said a Canadian citizen had died in Cambodia, but would not release details or confirm the citizen’s identity, citing privacy laws.

“Consular officials in Cambodia are providing consular assistance to the family and are also in contact with local authorities,” Philip Hannan, spokesperson for Global Affairs Canada, wrote in an email.

The Manitoba Teachers Society said Amisola was a member of the union and expressed condolences to her family.

Gilkes, along with her brother Tyler, set up a fundraising web page to help Amisola’s family. The site had raised more than $11,000 by Wednesday afternoon.

“I met Abbey when I was nine and … she’s a really amazing person. She has a huge heart of gold and she would be the first person to help anybody in a situation like this,” Gilkes said.

Amisola had recently earned her education degree and set off in September for a trek through Asia, she added.

“She loved to travel. She was funny. She had a zest for life. She was just a really good person,” Gilkes said.

“Her goal was to experience the world and see what it had to offer.”

A British newspaper, The Daily Mail, reported Amisola was travelling with a 22-year-old English woman named Natalie Jade Seymour, and the two had taken medication after suffering symptoms of food poisoning.