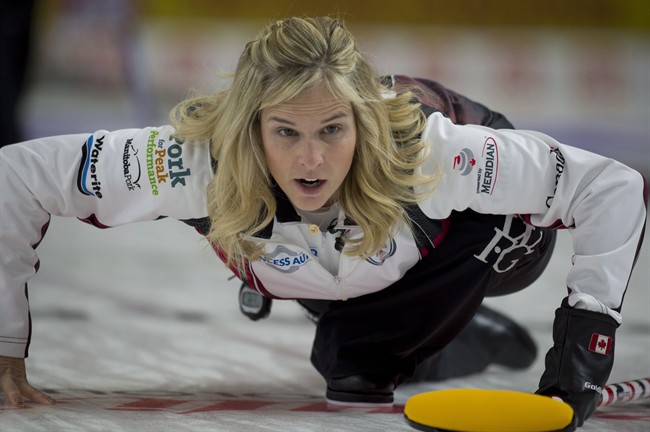 Team Jones skip Jennifer Jones of Winnipeg, looks down the ice during her draw 1 victory over Kelsey Rocque of Edmonton at the Canada Cup of curling in Brandon, Man., Wednesday, Nov. 30, 2016. (THE CANADIAN PRESS/HO-Michael Burns )

Jones claimed her ninth career Grand Slam of Curling title on Sunday after edging out Casey Scheidegger of Lethbridge, Alta., 8-7 in the women’s final.

“It feels amazing, it’s always so hard to win a Slam,” said Jones. “We’ve been working hard and making some big shots when we have to.”

The men’s side had a first-time champion with Scotland’s Bruce Mouat taking home the trophy.

“It’s so tough, it’s unbelievable really just the competition we’ve had. We’ve played so well and hopefully, it’s a sign of things to come.”

Both winning teams take home $30,000 and qualify for the Champions Cup — the final Grand Slam event of the season.