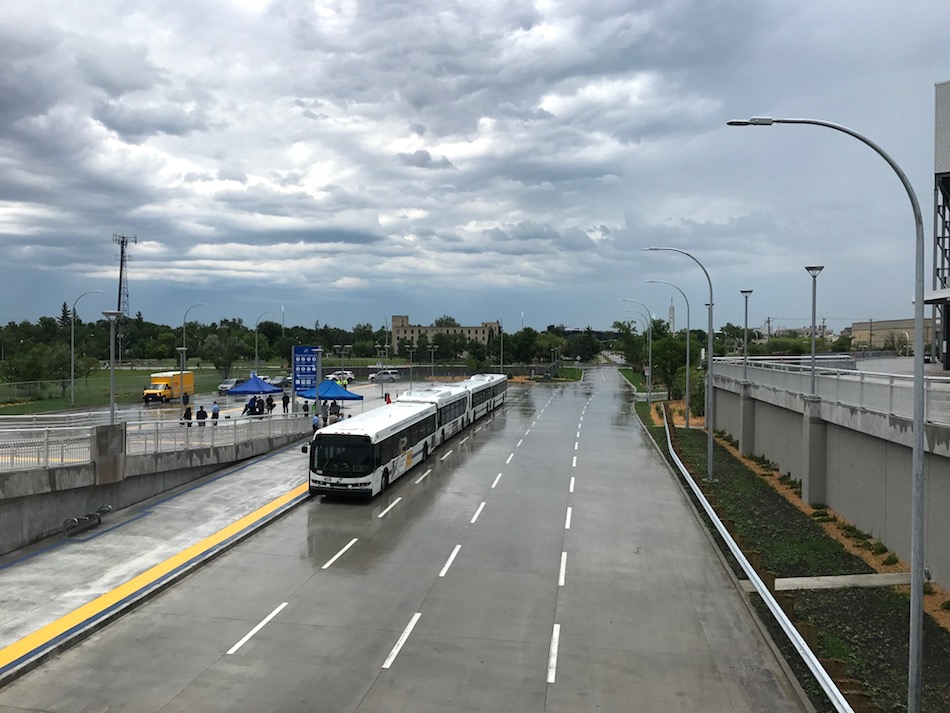 Winnipeg Transit is scaling back service on 23 routes as part of a plan to make up for a $10 million budget shortfall withdrawn by the province.

The City of Winnipeg revealed Wednesday in its 2018 preliminary budget that fares will also increase $0.25 effective January 1.

“I believe what’s being proposed is a balanced approach,” said Mayor Brian Bowman.

The city weighed the option of also reducing service on 59 routes and slashing 120 transit operator positions, but didn’t go so far. A proposed plan also suggested an initial fare increase of $0.30.

The city says to make up the funding difference, it will use transit reserves and rely on debt financing for the purchase of 40 new buses rather than cash at a cost of $28.4 million.

The changes come as the provincial Progressive Conservative government ended a long-standing cost-sharing agreement with the city earlier this year to subsidize Winnipeg Transit.

“While we have been able to find a way to balance the impact to transit passengers as well as ratepayers, service levels will be negatively impacted but Winnipeg transit users will still be paying amongst the lowest transit fares when compared to other Canadian cities,” Bowman added.

At the same time, the city is investing $1.2 million, including a capital investment of $460,000, for additional bus fleet cameras and shelters for bus inspectors and $717,000 of incremental operating funding to support additional transit security and point duty inspectors.