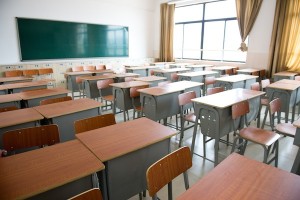 WINNIPEG — Six new classrooms and a gymnasium are planned for Miles Macdonell Collegiate after the province announced a major investment in the French immersion high school on Friday.

The school’s existing gym will be renovated into four new classrooms, while a 13,000-sq.-ft. gym addition will replace it.

“A new gymnasium at Miles Macdonell Collegiate has been a board priority for several years now,” said Colleen Carswell, board chair, River East Transcona School Division.

Carswell also said the school division is also funding an additional 2,474-sq.-ft. teaching station for the new gym, which will also be used for storage and office space.

The former art room will be renovated into one regular classroom and one EAL classroom.

Funding for the project comes from $92.4 million in planned capital spending by the province in 2017-18 for public school infrastructure projects. Work is scheduled to be completed in Januar 2019.