Home » The Canadian Press » Mayor of Dauphin, Manitoba, Dies on Holiday with Family in Florida

Mayor of Dauphin, Manitoba, Dies on Holiday with Family in Florida 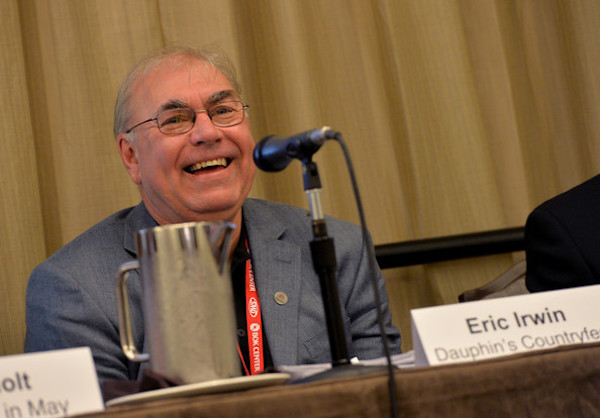 Dauphin Mayor Eric Irwin passed away on Friday while on vacation with family in Florida. (HANDOUT)

DAUPHIN, Man. – A Manitoba mayor has died while on vacation with his family in Florida.

A statement on the City of Dauphin website says Eric Irwin died Friday.

It says the cause of his death is unknown at this time.

The statement says city administration, in consultation the provincial government, will meet in the coming week to develop a plan going forward.

Irwin was also president of the Dauphin Countryfest music festival, which expressed condolences on its Facebook page to Irwin’s wife and children.

Premier Brian Pallister tweeted Saturday that he was saddened to learn of Irwin’s death and that his thoughts and prayers go out to his family, friends and community.

Irwin, a lawyer, had been mayor of Dauphin since 2010.

“As Mayor, his leadership provided financial stability and projects that offered growth to the community within budgetary constraints,” the statement on the city’s website reads.

“His visionary ability will be missed. His passing creates a void in our community, but offers inspiration to carry out his vision.”

A bio on the Irwin Law Office website says Irwin grew up on his family’s farm at Isabella, Manitoba, and graduated law school at the University of Manitoba in 1979. It says he and his wife, Kim, moved to Dauphin that year.

He became a director of Countryfest in 1992 and its president in 1998.

“Words cannot express how we are feeling as this is a huge loss to our Countryfest family,” the Facebook post from the festival states.