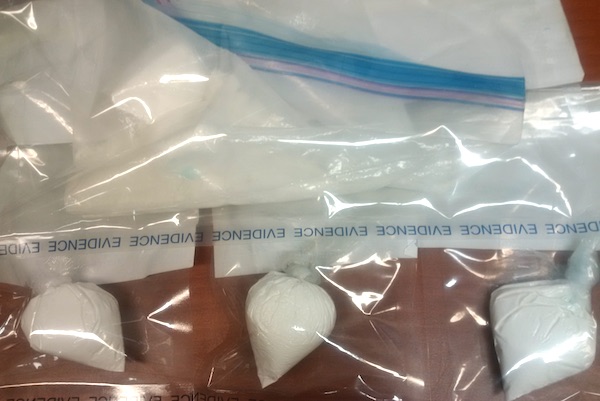 Cocaine seized during a bust in Thompson, Manitoba on Wednesday, November 29, 2017. (RCMP HANDOUT)

RCMP in northern Manitoba seized nine ounces of cocaine, drug paraphernalia and a small amount of cash on Wednesday.

Officers executed a search warrant at a Thompson residence on Rainbow Crescent, where they took a 19-year-old man and 16-year-old boy in custody.

Both suspects, from Thompson, were later released to attend court in January. They face charges of possession for the purpose of trafficking and trafficking in a controlled substance.