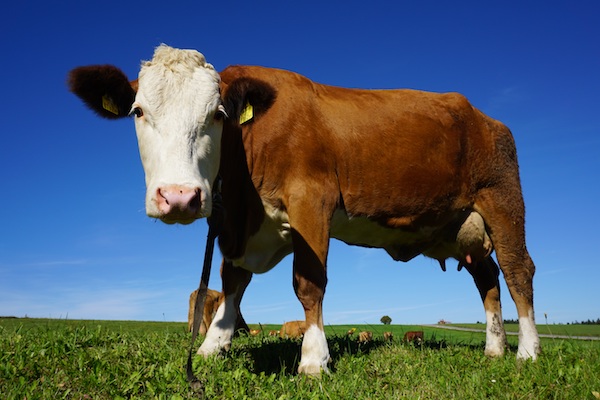 NEEPAWA, Man. — It’s been a little over a year since provincial Agriculture Minister Ralph Eichler announced an ambitious goal to grow the province’s beef cattle herd from about 400,000 animals, to pre-BSE levels, about 750,000 animals, by 2026. For those in the industry, the vocal show of support was welcome news, but making that dream a reality is easier said than done.

The rapid decline in the beef cattle herd can be traced to one factor, BSE. In May 2003, the Canadian Food Inspection Agency announced that they had found a cow with bovine spongiform encephalopathy (BSE) in Alberta, other positive tests followed. With that initial announcement, many countries, including the United States, which was the main export market for Canadian cattle, closed their borders, starting a downward spiral in the Canadian cattle industry. By November 2005, BMO economists estimated that Canadian cattle producers had lost about $5 billion since the beginning of the crisis. The losses continued to pile up.

While the market has since rebounded, problems created by the crisis linger. In the wake of the crash, many producers left the industry, either changing their operations to focus on crops or other types of livestock or getting out of farming altogether. The overall trend continues to move away from beef cattle production; in Statistics Canada’s 2016 Census of Agriculture, the number of beef cattle in Manitoba declined 7.9 percent from 2011. Not only that, but the number of farms reporting beef cattle declined 14.1 percent over that same period.

As the industry seeks to rebuild the herd, Manitoba Beef Producers, the provincial organization that advocates on behalf of producers, has spent the last two years looking to members for ideas. Both sources of potential growth, existing producers growing their herds and the addition of new producers, especially younger ones, pose challenges. Members’ ideas have focused on four general areas: finding ways to make beef production more financially predictable, gaining access to more Crown acres, attracting new producers and securing labour to help existing producers grow or maintain their herds. Solving these problems will take work on multiple fronts.

Beef producers face a number of challenges when it comes to attracting new producers, but I think one of the biggest is education. Whether it’s initial selection of stock, culling, stock handling or implementing herd health and feeding programs, caring for livestock requires a unique set of skills, certainly ones that are different from grain farming. The problem is that many of those skills are hard to acquire without first-hand experience. The fallout from BSE has meant that there’s about a decade’s worth of young farmers who didn’t grow up on cattle farms and missed out on one of the easiest ways of obtaining this education and getting into the industry.

This lack of education also spills over into the challenge existing producers face when trying to hire help. Unlike grain farming, where there are distinct busy and quiet times, beef cattle production requires a certain amount of labour, day in, day out. While many producers are moving to production systems with a lower daily labour requirement, even if they don’t require help with their day-to-day operations, beef producers must still find knowledgeable help if they need or want to take some time off.

Beef production is an important part of Manitoba’s agricultural economy and I’m glad to see the provincial government advocating for growth in this sector. While returning to pre-BSE levels will be a challenge requiring significant investments of time and money, seeing an increase in the herd size is good news for Manitoba’s producers and the province’s economy in general.