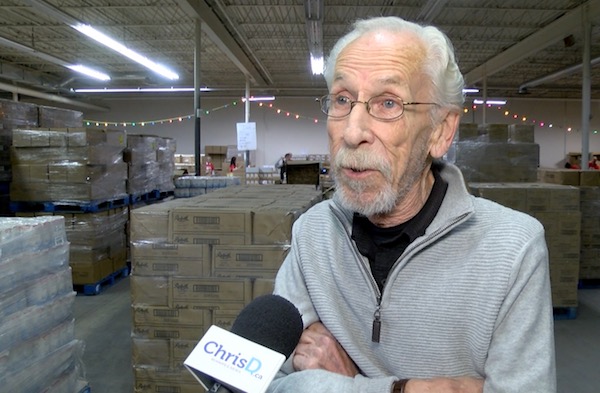 Kai Madsen speaks with ChrisD.ca during an interview on Tuesday, November 5, 2017. (CHRISD.CA FILE)

WINNIPEG — The Manitoba Metis Federation is throwing its support behind the executive director of the Christmas Cheer Board to be nominated for the Order of Manitoba.

Kai Madsen has tirelessly worked with the charity for nearly 50 years, which delivers food and gift hampers to families and individuals in need every Christmas season. Deliveries of some of this year’s estimated 18,000 hampers will begin going out on Saturday.

“Kai is a shining light in the community,” said MMF president David Chartrand. “His dedication to all the people of Winnipeg is a gift and he deserves to be formally recognized for his continued efforts over these past several decades.”

The MMF says it will formally submit a nomination in the new year. Members of the public can support their efforts by signing a petition before January 22, 2018.