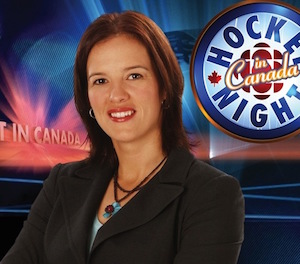 Campbell-Pascall is in Winnipeg for Scotiabank Girls HockeyFest, offering free on and off-ice training to engage young girls to reach their full potential in sports.

Girls aged seven to 17 will take part in the day-long event at Bell MTS Iceplex, which also includes nutrition sessions and talks with guest speakers. Players from the University of Manitoba Bison women’s hockey team will also be present.

Similar sessions are being held in major cities across the country.