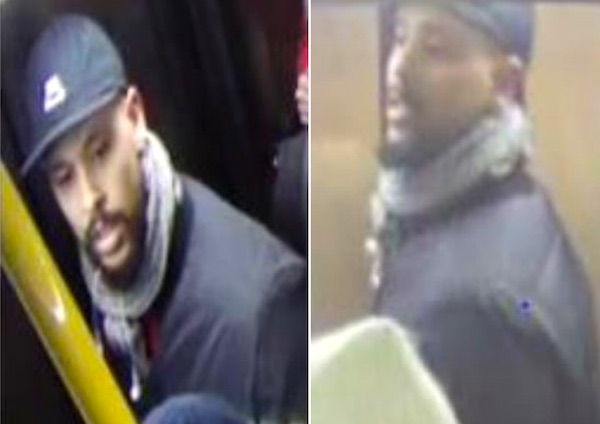 Police are looking for this man after an assault on a Winnipeg Transit bus November 4. (WPS HANDOUT)

UPDATE: Wednesday, December 13 — Winnipeg police arrested the male suspect on Tuesday and charged him with assault causing bodily harm. He was released on a promise to appear.

A would-be Good Samaritan who tried to intervene during a fight on a Winnipeg Transit bus ended up being the one assaulted.

Police say the 28-year-old woman was on a bus the evening of November 4 in the area of Portage Avenue and Balmoral Street. Two parties began to argue and the victim attempted to calm the situation.

A third male passenger approached the victim and became confrontational. She was struck in the face and suffered significant injuries, including missing some teeth. The suspect fled through the rear door of the bus.