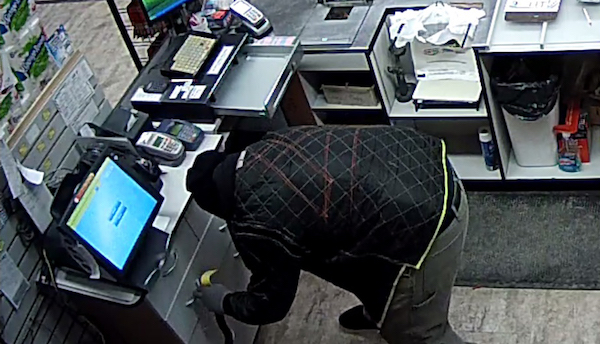 RCMP have released this surveillance photo of a suspect accused of breaking into an Elm Creek, Manitoba gas bar on November 24, 2017. (RCMP HANDOUT)

Manitoba RCMP are looking for two men believed to be responsible for multiple gas bar robberies within the past month.

The first happened in Elm Creek on November 24, where numerous items, including cigarettes, were stolen from the business.

A Carman gas bar was burglarized on December 3, where the suspects broke through the front door and made off with numerous lottery tickets.

Surveillance video from the Elm Creek robbery shows the suspects entering the gas bar and then leaving in a silver-coloured SUV, which was reported stolen from Winnipeg. 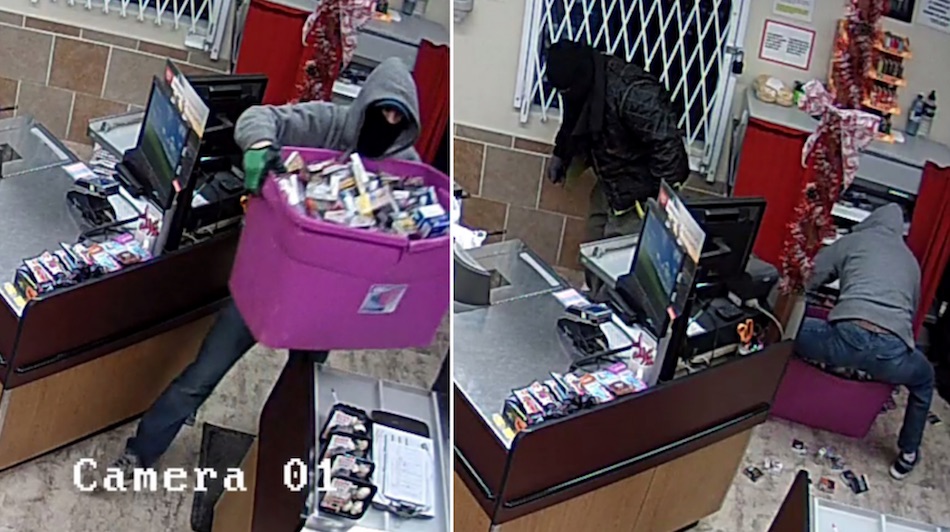 The first suspect is described as heavier set, wearing a black jacket, lighter-coloured pants, gloves, and dark-coloured balaclava. The second suspect appears to be thin, wearing blue jeans and a grey sweatshirt. The suspects used a pink Rubbermaid container to load up items stolen from the store.