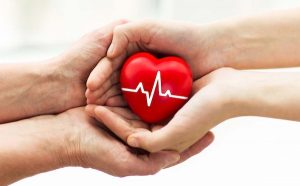 WINNIPEG — Manitoba and Saskatchewan are lagging behind in kidney donations compared to the rest of Canada, but the number of kidneys from deceased donors is on the rise.

Data released Thursday by Canadian Blood Services and the Canadian Institute for Health Information show the donation rate for the two prairie provinces was 13.4 donors per million people last year, up from 7.4 in 2015.

However, Manitoba ranks third in the country for kidney transplants behind British Columbia and Ontario.

Of those, 25 came from living kidney donors, up from 15 donations in 2015. Another six came from three donors via donation after cardio-circulatory death (DCD).

Final donation numbers for 2017 will be announced in January.

Nearly 22,000 Manitobans have registered to become organ donors on SignUpForLife.ca.