The Winnipeg Blue Bombers will meet the Edmonton Eskimos both in the pre-season and officially at home to open the 2018 CFL season on June 14.

The league released its upcoming schedule on Thursday, roughly two months sooner than it normally does. (Merry Christmas, football fans!)

The team’s home opener also happens to be on a Thursday night — the only weeknight game on Winnipeg’s schedule this season.

The Bombers will play 10 home games at Investors Group Field and will host the rival Saskatchewan Roughriders twice (September 18 and October 13).

The Bombers’ first road game outside of the pre-season will be June 22 in Montreal.

Two fan-favourite games, the Labour Day Classic, and Banjo Bowl, will be played September 2 in Regina and September 8 in Winnipeg. 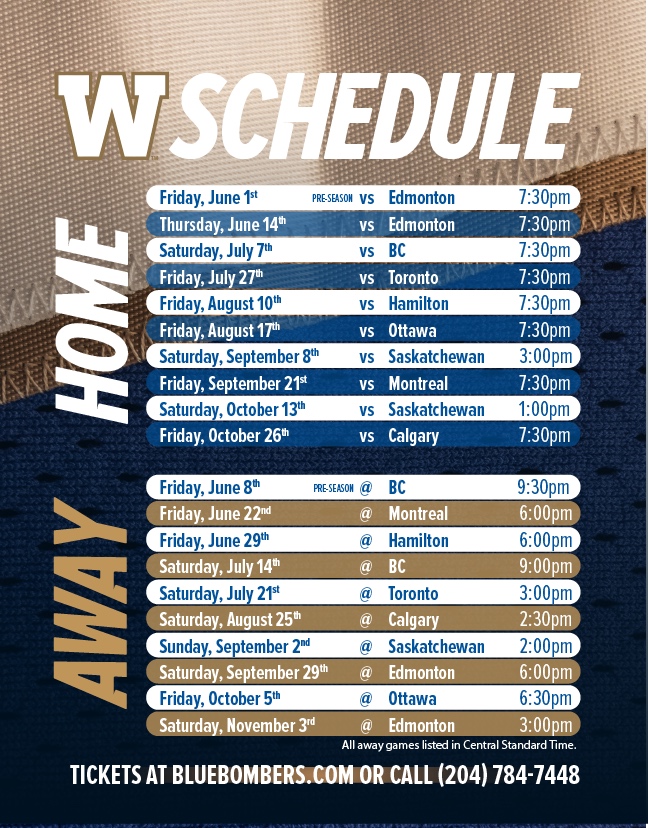