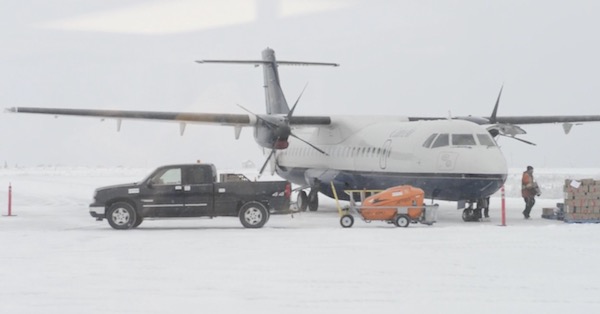 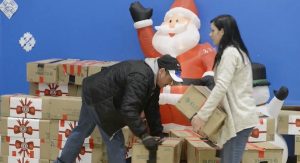 Christmas came early over the weekend to some less fortunate residents living in Churchill.

The northern Manitoba community received 100 hampers and nearly 200 gifts at the hands of the Manitoba Metis Federation.

Teacher Joanne Stover and her music group provided entertainment for the day.

“Everybody needed this, whether they knew it or not,” said Stover. “It was wonderful to look around and see people smiling and laughing, dancing in their chairs and enjoying themselves. And the kids were just so proud to be out there performing, especially the wee ones.”

Churchill has had a rough year since the closure of the rail line leading into the town, which was flooded out last spring. The status of repairs has been tied up in government squabble with railway operator Omnitrax ever since. A winter road is now up and running, providing somewhat of a lifeline to transport goods into the region.

“Everyone should have Christmas,” added MMF president David Chartrand.

“Churchill has not been forgotten by the Metis Government. We’re grateful for the part we could play in bringing these celebrations to Churchill.”