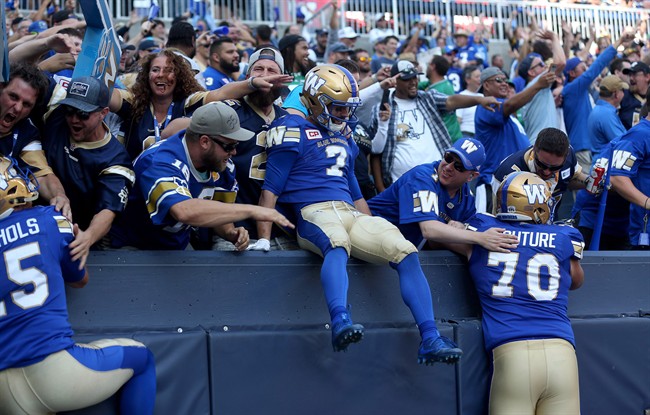 Winnipeg Blue Bombers’ Weston Dressler (7) celebrates with fans after the team scored against the Saskatchewan Roughriders during the first half of CFL football action in Winnipeg, Saturday, September 9, 2017. (THE CANADIAN PRESS/Trevor Hagan)

The Winnipeg Blue Bombers have come to terms with slotback Weston Dressler on a one-year contract.

The North Dakota native was set to become a free agent in February.

Dressler recorded 51 receptions for 651 yards and three touchdowns in 11 games with the Bombers last season — his 10th in the CFL and second with Winnipeg.

“Weston Dressler brings so much to our organization in addition to his productivity on the field,” said Blue Bombers general manager Kyle Walters.

“Every week he is out on the field, he is a threat in so many facets of the game and brings invaluable experience and leadership to our locker room.”