Coal and Canary ‘Golden’ with Call to Swanky Awards Lounge 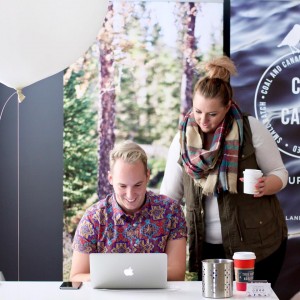 A Winnipeg candle company has added the Golden Globes to its list of A-list Hollywood clientele.

Coal and Canary has been tapped to participate in the 2018 Golden Globes Celebrity Gift Lounge.

Co-founder Amanda Buhse says it’s an honour to be selected as part of such a high-scale event.

“We are so excited,” she said.

Coal and Canary will be one of several products gifted to celebrity nominees and presenters from January 5-6 in Beverly Hills.

Such glitzy events are nothing new for the company, which previously supplied candles for similar gift lounges at the Academy Awards and GRAMMYs.

Coal and Canary, which was founded in 2014, opened up its first permanent retail store at The Forks earlier this year.