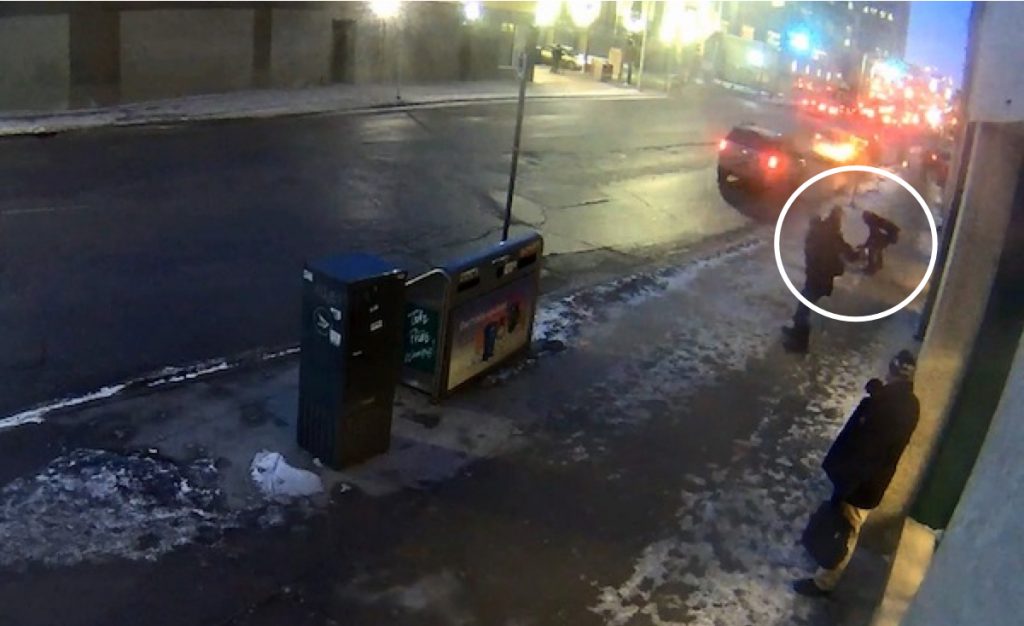 Police are looking for witnesses nearby when a woman was knocked down and nearly robbed in the 300 block of Donald Street on December 8, 2017. (WPS / HANDOUT)

Winnipeg police are looking for witnesses who may have seen a woman being knocked down in the 300 block of Donald Street on December 8.

The attempted robbery happened at around 7:50 p.m. when a suspect approached the victim from behind and shoved her to the ground. He attempted to steal her purse, but wasn’t successful.

Surveillance footage showed the suspect standing over the victim in the top right corner of the screen grab. It was also shown that a number of possible witnesses saw the crime.

The suspect is described as Caucasian in his 30s, with a medium build, approximately 5’10” tall and 160 lbs. He was wearing a black toque with flames around it, a black jacket with “CANADA” written in red letters on the back and dark jeans.