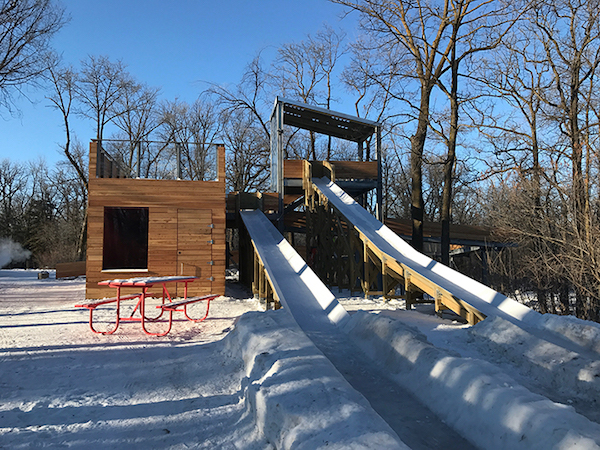 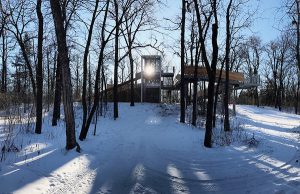 WINNIPEG — Just in time for the holiday break, a new universally accessible toboggan slide is open in the city’s south end.

The slide at St. Vital Park features a warm-up shelter, tree-top ramp winding through a forest canopy, and boasts a lookout tower with views of the Red River.

“The universally accessible structure will allow children and adults with mobility issues to access the toboggan slide through a tree-top forest ramp,” said Liz Wreford, principal and landscape architect with Public City Architecture, the firm behind the design.

Those warming up inside the shelter can still view the slide with a window facing the bottom of the run. In the summer, the south wall pivots open to create a bright picnic shelter. The wall incorporates cut-outs inspired by a Mary Maxim sweater pattern, originally developed in Manitoba. 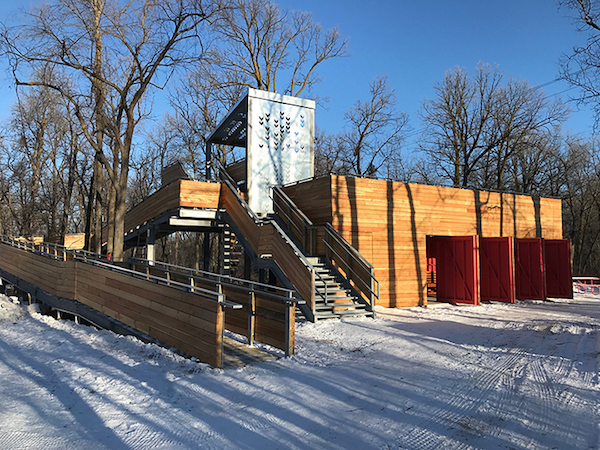 Wreford was also the designer of Crokicurl, which is making its return to The Forks for the second winter in a row. The outdoor game combines curling and crokinole.