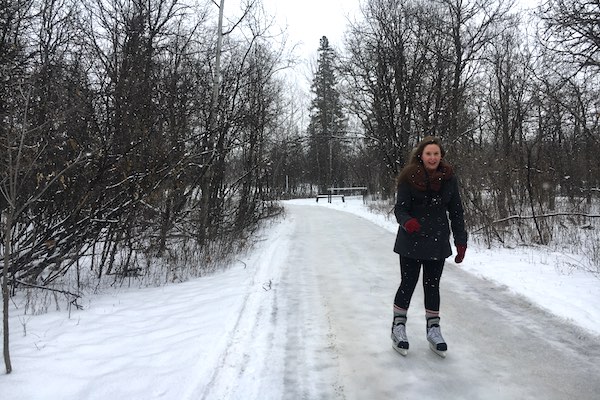 Another Winnipeg skating trail is opening in time for the holidays.

The trail re-opened in the summer of 2016 after receiving $115,000 in renewed funding for its refurbishment. Skater can enjoy laps on the one-way, one-kilometre trail.

“The Terry Fox Fitness Trail is a popular route for walking, running and circuit training in the warmer months,” said Kaaren Pearce, director of horticulture at the Assiniboine Park Conservancy.

“We are so excited to now have it open for skating and bring it to life for the winter season.”

Skaters after dark can take advantage of the duck pond skating rink.