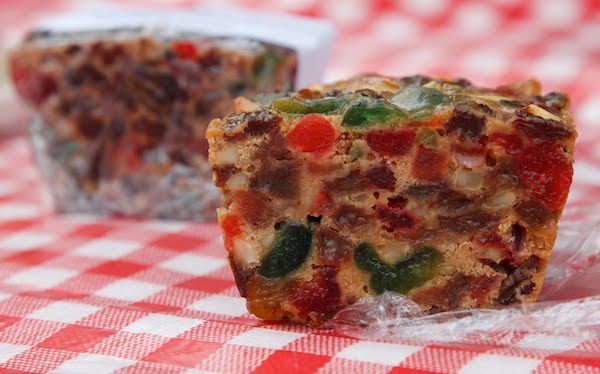 NEEPAWA, Man. — Christmas is upon us, which means that so too is the season of sweets and baking. Last week’s Neepawa Banner & Press had a collection of seasonal recipes and no matter your taste — sweet or savoury, simple or extravagant— there’s a recipe out there. From cookies to truffles, mincemeat to bars and sausage rolls to cakes, everyone has their favourite Christmas treat.

Almost a decade ago, I shared a confession about my favourite holiday-related food, the much reviled and ridiculed Christmas cake.

For the uninitiated, Christmas cake, also known as fruitcake elsewhere in the world, is more like a bread than a cake and is made of candied fruit, soaked in rum or brandy, nuts and spices. It’s a dense cake that’s usually more fruit than cake. It can be served plain, iced with marzipan and white icing or dusted with icing sugar.

Despite how good it sounds, there exists a lot of hatred towards this classic Christmas dish. There are so many jokes about it, in fact, that one could be forgiven for thinking that no one likes it.

The poor Christmas cake takes a lot of flack in both homes and popular culture, especially in North America. It’s not overly sweet, not overly pretty and the sugar and alcohol give it a long shelf life, all potential sources of ridicule. Late night TV host Johnny Carson famously joked that there exists only one fruitcake in the world, which is passed around from family to family. The internet is full of things to do with a fruitcake, including, “collect 10 and use them as bowling pins” and “use slices in next skeet-shooting competition.” Many people recommend using the fruit-laden treat as a doorstop.

The cake’s demise is even a source of competition. Starting in 1995, a town in Colorado has hosted the Great Fruitcake Toss on the first Saturday of every January. It’s a serious competition and the all-time Great Fruitcake Toss record of 1,420 feet was set in January 2007 by a group of eight Boeing engineers who built a mock artillery piece fuelled by compressed air pumped by an exercise bike.

Despite its unpopular nature, I like the cake; but maybe as much for what it represents as how it tastes. I didn’t always like it and when I was growing up, my Uncle Gerry used to make Christmas cake and send it to family members. My dad was always so happy each year when his cake arrived. As Christmas approached, each night, he used to unwrap the cheesecloth and have a slice, then wrap it back up for the following evening. It’s this recipe, hand written by Uncle Gerry before he passed, that I use.

In a world which moves so quickly and sees families so spread out, maybe we love Christmas cake because it’s a connection to the past. The Christmas cake as we know it dates back to the late 1800s in England, how many other common foods have such a long history? This history means that recipes can be handed from generation to generation and they are. In some cases, the cakes themselves are part of history, a fruit cake baked in 1878 has been kept as an heirloom by a family in Tecumseh, Michigan and this year, a 106-year-old cake was found in “excellent condition” by the Antarctic Heritage Trust.

Everyone seems to have “their” recipe, usually acquired from family or friends. Maybe that’s why people like Christmas cake, for many of us, it’s more than just a cake; it’s a way to celebrate the season with friends and family, old and new, present and departed.