Portion of Assiniboine River Trail Opens at The Forks 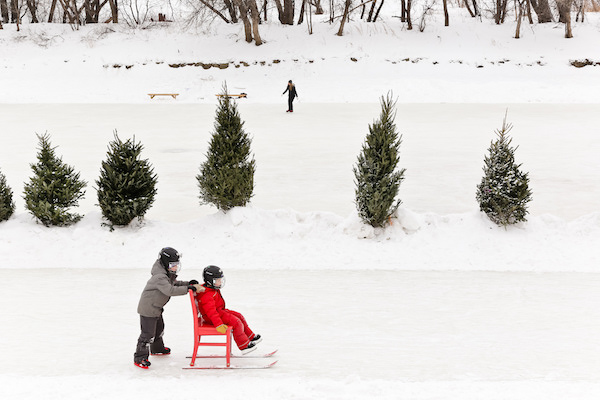 Skaters on the Red River Mutual Trail at The Forks. (FLICKR / HANDOUT)

WINNIPEG — An area on the Assiniboine River at The Forks is now open to skaters.

The port rinks of the Red River Mutual Trail opened Saturday — the first time since 2013 part of the trail has been open before the holidays.

“Thanks to a few cold snaps early in the season, we were able to complete the skating rink in The Forks Historic Port, and we’re optimistic about extending the trail in the coming week,” said Paul Jordan, CEO of The Forks.

Crews will next focus their efforts on the 2018 warming huts, which will hit the ice in the third week of January, in addition to pop-up restaurant Raw:almond.

All rinks and trails are groomed daily and conditions can be found at TheForks.com/rivertrail.