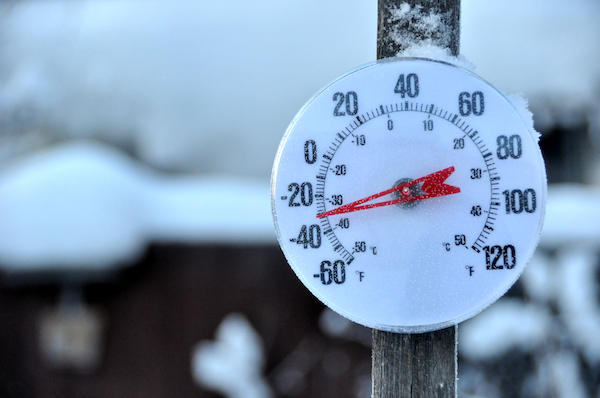 Environment Canada says it’s not about how cold it is, but how long this wave of frigid air will stay around that’s unusual.

Meteorologist Alexandre Parent said Wednesday the big chill is affecting the Prairies, Ontario and western Quebec and was to spread into the Maritimes.

But Nova Scotia was already dealing with a winter weather system that snapped hydro poles and knocked out electricity for thousands.

The province’s utility was working Wednesday to complete restoration of power, mainly on the province’s south shore.

The Christmas morning storm delivered gusts that clocked over 100 kilometres per hours in some areas.

Parent said northern Ontario was being hardest hit with the current cold snap, with temperatures expected to feel like -50 C with the wind chill in some places.

“The size of this cold wave in terms of geographical distribution is quite exceptional for this early in the winter season.

“What’s also exceptional is the duration of this episode,” he said, noting that the extreme cold weather could hang over Quebec for the next seven days.

The weather specialist said he had to go back to 1993 to find a similar cold spell between Christmas and Jan 1.

Temperatures were colder then, but the extreme cold didn’t stay around for long.

“The last few years we had one or two days of cold weather, but usually those were compensated by a few days near zero which is not the case this year,” Parent said.

“It’s the span of days with ten to fifteen degrees below normal which are exceptional.”

A 77-year-old man died from hypothermia Tuesday after leaving his vehicle following a crash in Hamilton, police said.

In Ottawa, extreme cold forced organizers of the Bell Capital Cup international youth hockey tournament to cancel its outdoor games. Matches scheduled to take place Wednesday at the Canada 150 rink on Parliament Hill will be played indoors instead, tournament staff said via Twitter.

The cold conditions were expected to stick around until the weekend.

Meanwhile, residents of northern and western New Brunswick were still digging out after the Christmas Day storm.

Much of Newfoundland and Labrador was under wind or blizzard warnings on Wednesday.