Jackman-Atkinson: Here’s to a Successful 2018 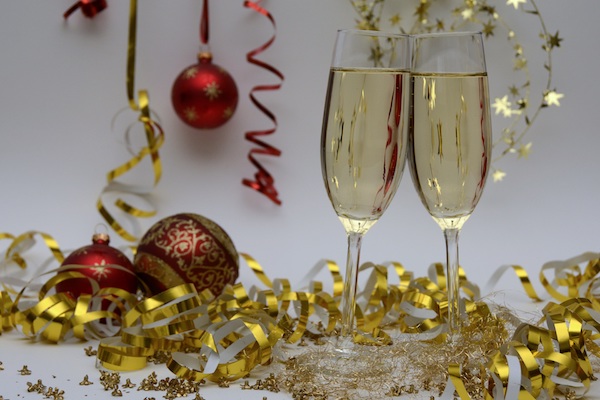 NEEPAWA, Man. — As 2017 comes to a close, many of us are now looking towards 2018. Regardless of whether the last 12 months have been good, bad or somewhere in the middle, most of us have the goal of making the new year better than the last.

While New Years’ resolutions seem to have fallen by the wayside, the end of one year and the start of the next is a good time to take stock and make a plan for the coming months. For most people, finding success is a common goal, but what exactly is “success”?

The good news is that success can be anything you want it to be and it doesn’t have to be anyone’s definition but your own. Interestingly, earlier this year, Business Insider published a story titled “12 rich, powerful people share their surprising definitions of success.” Most of us think of success as achieving a status of wealth and power, but for many people who have achieved this benchmark, success often means something different.

In case you need some help defining success for yourself in the new year, here are some words of wisdom.

For Huffington Post co-founder Arianna Huffington, there is more to success than money and power. She has said, “To live the lives we truly want and deserve, and not just the lives we settle for, we need a Third Metric, a third measure of success that goes beyond the two metrics of money and power, and consists of four pillars: well-being, wisdom, wonder and giving.”

For Sir Richard Branson, the founder of the Virgin Group, whose net worth is pegged at about $5 billion, success can be measured in happiness. He wrote, “Too many people measure how successful they are by how much money they make or the people that they associate with. In my opinion, true success should be measured by how happy you are.”

Billionaire investor Mark Cuban has said that success isn’t measured in dollar bills, “To me, the definition of success is waking up in the morning with a smile on your face, knowing it’s going to be a great day. I was happy and felt like I was successful when I was poor, living with six guys in a three-bedroom apartment, sleeping on the floor.”

For Warren Buffett, one of the world’s richest people, success is about relationships. The chairman of Berkshire Hathaway, once told shareholders, “I measure success by how many people love me.”

Bill Gates, the world’s richest man, goes one step beyond Buffett’s philosophy. He said, “Warren Buffett has always said the measure [of success] is whether the people close to you are happy and love you. It is also nice to feel like you made a difference — inventing something or raising kids or helping people in need.”

For the late author and poet laureate Maya Angelou, success is well within the grasp of each of us. She said, “Success is liking yourself, liking what you do and liking how you do it.”

For the late Stephen Covey, the bestselling author of 1989’s “The Seven Habits of Highly Effective People,” success can be found in retrospect. In the book, he wrote, ”If you carefully consider what you want to be said of you in the funeral experience, you will find your definition of success.”

While almost none of us will achieve the level of wealth or power wielded by those on the list, by most of their definitions, we can be as, if not more, successful than they are. As 2017 rolls into 2018, it’s a good time to think about the success you want to achieve in the new year, it’s within your grasp.