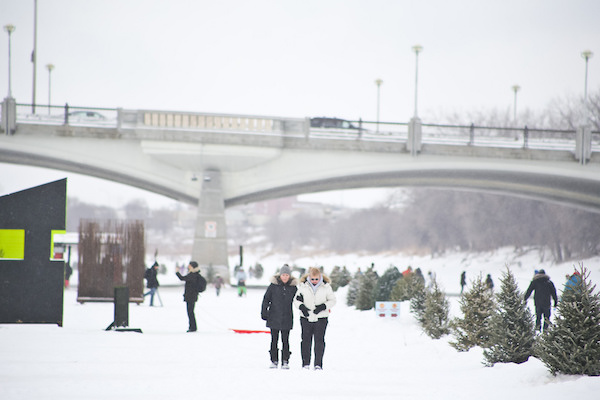 The Red River Mutual Trail has been extended to the Norwood Bridge. (LEIF NORMAN / THE FORKS)

Another leg of the Red River Mutual Trail has opened in time for a relatively balmy winter weekend.

Officials with The Forks say the trail will extend on the Red River to the Norwood Bridge beginning Saturday morning.

“These cold temperatures have made it a great year for the Red River Mutual Trail,” said Paul Jordan, CEO of The Forks.

“The ice is freezing nicely and we’re excited to extend down the Red River to include another neighbourhood.”

The trail now spans approximately 2.5 kilometres and also reaches to the Osborne Bridge on the Assiniboine River. Depending on the weather, it could reach six kilometres in total.

Crokicurl, an on-ice game that combines crokinole and curling, has also opened for the season.