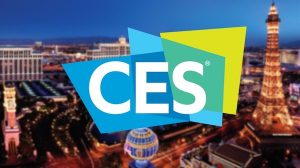 WINNIPEG — Five made-in-Manitoba companies are heading to the International Consumer Electronics Show next week to show off their products to the nearly 200,000 people expected to attend.

The companies are part of ICT West, a delegation of 55 tech firms from western Canada touching down in Las Vegas to scale up their operations and build connections with the international tech community.

“Our goal with ICT West is to support local companies looking to grow globally,” said Kay Gardiner, program director of ICT West, the flagship project of the ICT Association of Manitoba (ICTAM).

“The focus of this project is narrow but the impact is big.”

TrapTap, which developed AI chatbots like Master of Code, successfully pitched itself on “Dragons’ Den.”

More than 130 companies from across western Canada have reported back nearly $300 million in sales and investment over the past two years as a result of attending trade events with ICT West.

“We live in a globally connected landscape where companies and consumers are dependent on rapidly evolving technologies. Not only has the tech sector experienced accelerated growth, it’s enabled it in nearly every sector of the economy,” added Gardiner.