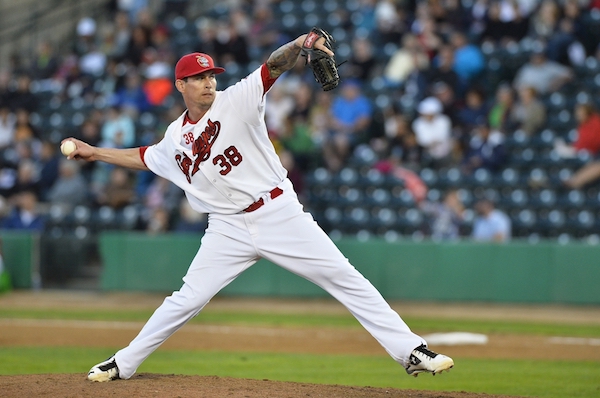 The Winnipeg Goldeyes will have pitcher Cameron McVey back in the fold for the 2018 season.

The Fish reacquire McVey from the Lincoln Saltdogs in exchange for a player to be named later and cash considerations.

McVey was 1-1 with three saves and a 1.62 ERA for the Saltdogs last season in 33.1 innings over 36 relief appearances. The Glendora, California native struck out 48 batters, walked 13, and did not surrender a home run.

“I’m thrilled to have Cameron back on our roster,” said Goldeyes’ manager Rick Forney.

“Cameron has established himself as one of the better bullpen arms in the league over the last few seasons, and we’re hoping he can continue to lock down those late innings for us in the future.”

McVey, 29, was a member of the Goldeyes’ 2016 American Association championship club, and was re-signed by Winnipeg last year before being traded to Lincoln in May.