Home » Entertainment » ‘A Life on the Line’: Manitoba Filmmaker Returns to Rural Roots

‘A Life on the Line’: Manitoba Filmmaker Returns to Rural Roots 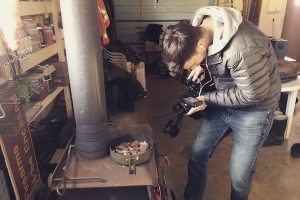 Filmmaker Sam Karney revisits his roots in the one-hour documentary. (A LIFE ON THE LINE / HANDOUT)

WINNIPEG — When Sam Karney set out to make a news piece about his father’s trapline, he unknowingly set the course for something much larger. This weekend, his one-hour documentary “A Life on the Line” debuts on APTN, revealing what turned out to be a heart-warming story about reconnecting with family, tradition, and history.

“For as long as I can remember, fur trapping has been in my life,” says Karney, a Métis filmmaker from Roblin, Manitoba. “My dad Chuck started working on a trapline when I was very young, so to me, the sights and smells became everyday things.”

Even though Canada has largely forgotten about the fur trade, there are still men and women dedicated to preserving this way of life, and passing it down to the next generation — like Chuck Carney. But growing up, Sam had little interest in trapping. In fact, like many typical teens, he had little interest in most things his father tried to teach him. So he left behind his rural home to seek something more.

“When I moved away for school and work, the trapline got further and further away. I kind of forgot about trapping.”

Sam pursued a career as a cameraman for television news, eventually starting Winnipeg-based production company Ice River Films with business partner Andrew Wiens. But after many years of living in cities, Sam began to think more about his upbringing, realizing just how unique it was. Soon, he felt compelled to return the wilderness.

“A few years ago, through my work at a TV station, I was given the opportunity to produce short documentaries. I pitched the idea of spending a weekend on my dad’s trapline, documenting the activities, and exploring the challenges in a modernized world. After that, I began thinking there was something bigger here.”

And he was right. What turned out to be ‘something bigger’ was the story of Sam returning to his roots and reconnecting with his father. It was also the first time the filmmaker decided to turn the camera on himself.

“Never have I had any desire to be in front of the camera, but with my father as the subject, I figured the best way to give this film the life it deserved was to immerse myself fully and actually learn what it takes to maintain the line. Needless to say, it was not easy.” 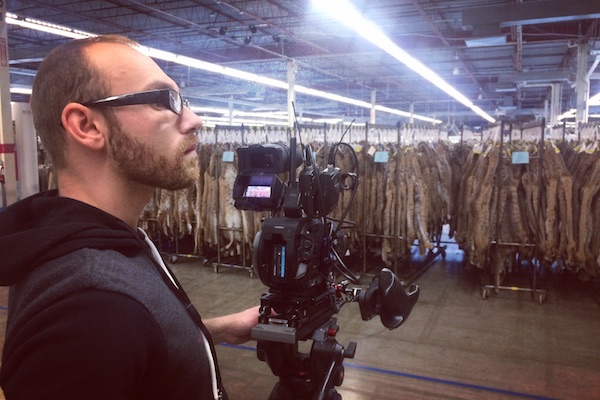 Director of photography Rudy Gauer (A LIFE ON THE LINE / HANDOUT)

Throughout the 2016-2017 trapping season, Sam spent time with Chuck, learning what it takes to run a trapline. From bone-chilling cold to the gruesome realities of the job, Sam went hands-on — and all in – every step of the way.

“No matter how macho you think you are living in the city, there are things that happen on the trapline that make even the strongest men wilt,” says Sam.

Often humourous and occasionally heartwarming, A Life on the Line explores an important part of Canadian history, set against the stunning backdrop of Manitoba’s rugged boreal forest. It shows a father’s desire to teach his son a dying way of life, and passing on traditional knowledge that would otherwise be lost.

A Life on the Line is co-produced by Ice River Films and Wookey Films. It is directed by Sam Karney, produced by Andrew Wiens and Jérémie Wookey, and executive produced by Janelle Wookey, with Rudy Gauer as director of photography.

A Life on the Line airs January 14 at 6 p.m. central on APTN, and will rebroadcast January 16 and 19. Check local listings for exact times in your region.