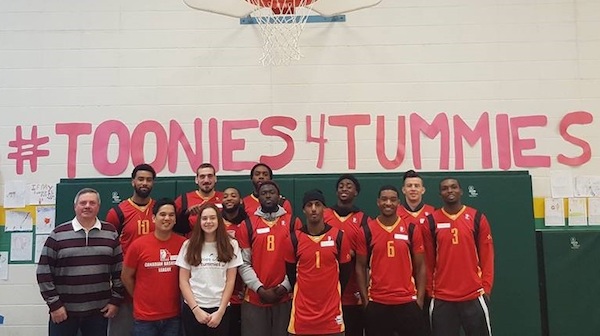 While there are many high school clubs fostering student creativity and social skills and creating fond memories for them to look back on, one group in particular — the Student Nutrition Program — is aiming to provide students with a different form of nourishment: healthy meals.

Over 1.1 million children in elementary and high schools in Western Canada and Ontario partake in student nutrition programs. Millions of breakfasts and snacks are served every single year and there are still many clubs on the wait list to receive funds to enable more programs across the country.

In Western Canada, many programs receive critical funding through The Grocery Foundation and its Toonies for Tummies program. Among those who receive these funds is Breakfast Club of Canada.

The Toonies for Tummies program is relatively new to Western Canada, first launched in February 2017 with Save-On-Foods.  Funds raised during the inaugural campaign, through donations made in-store, are currently being used to support programs in the same local communities in the vicinity of the stores. The Grocery Foundation’s goal is to expand that footprint, the number of participating retailers and donations, ultimately feeding more kids.

From January 12 to February 1, participating Save-On-Foods grocery stores will begin collecting toonies at their checkouts to provide funding to eligible nutrition programs in the vicinity of their stores.

By donating you can help set a student up for more than just academic success. The Student Nutrition Programs directly link healthy eating to better school performance, but they have also been found to have many positive effects on behaviour, concentration and graduation rates. Additionally, such programs have been found to promote a sense of community among students.

Eating right in the morning aids in developing core skills that the brain uses to help kids think, read and learn. And since their bodies are receiving all of the proper nutrients, personal well-being is increased as well. It has also been recorded that 78 per cent of those who ate breakfast most days were on track to graduate, compared to 61 per cent of students who only ate breakfast a few days a week or not at all. 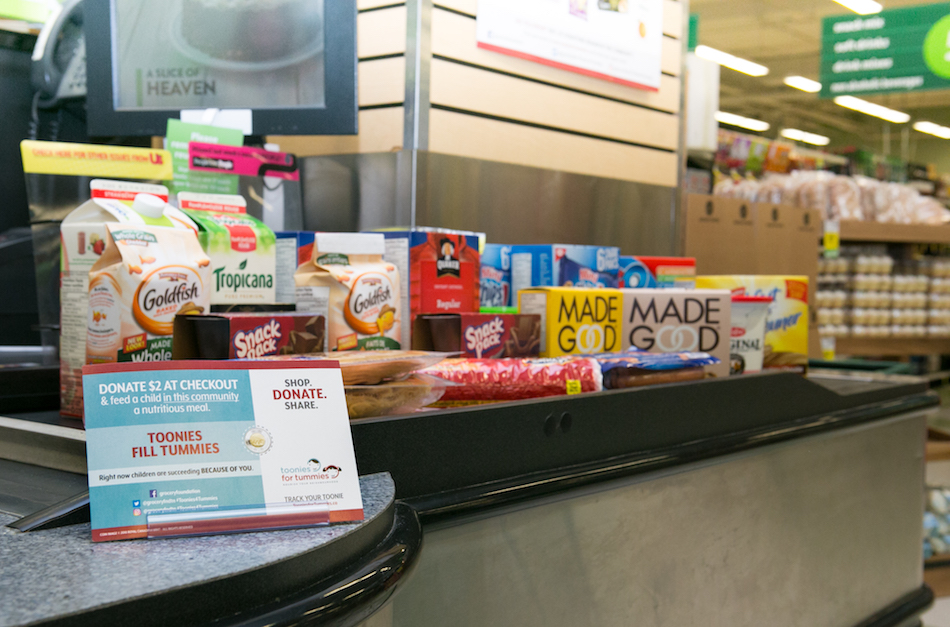 Retailers in other parts of Canada will begin collecting toonies later in the year, such as during February in Ontario (February 2-22 at Longo’s in Ontario; Feb 8-22 at Metro, Food Basics and Independent Grocers in Ontario). Toonies for Tummies is then set to return to Western Canada; February 23-March 8 at IGA in British Columbia; and March 4-17 at Buy-Low Foods and Nesters Market in British Columbia and Alberta.  The Foundation, its retail partners and 19 participating sponsoring companies are hoping to raise $1 million. One hundred percent of donations collected will benefit programs in the communities where they are collected.

The Grocery Foundation and the Breakfast Club of Canada work together to identify eligible school programs and ensure that they benefit from donations made both in-store and online. Donors are encouraged to use the “Toonie Tracker”, a tool available on the Toonies for Tummies website that shows them which schools are receiving their donations when they punch in their postal code.

This year Save-On-Foods will also host a Match Funds element of the campaign to help amplify shopper donations. Be sure to follow Save-On-Foods on Twitter, Instagram or Facebook to find out more. Following the Grocery Foundation on social media is another great way to make sure that you can keep informed about the impact of donations, participating brands and retailers.

With such a wide range of dates and grocery stores at the ready to collect your toonies, you can be sure to help the campaign reach its 2018 fundraising goal which will benefit an estimated 1.1 million students.

Families are busier than ever these days, and ensuring breakfast is on the table can be a struggle. By chipping in a toonie at your local grocer, you can play a fundamental role in helping children and teens in your community receive hearty, nourishing meals before heading off for a full day of learning.

The following was a sponsored advertorial.